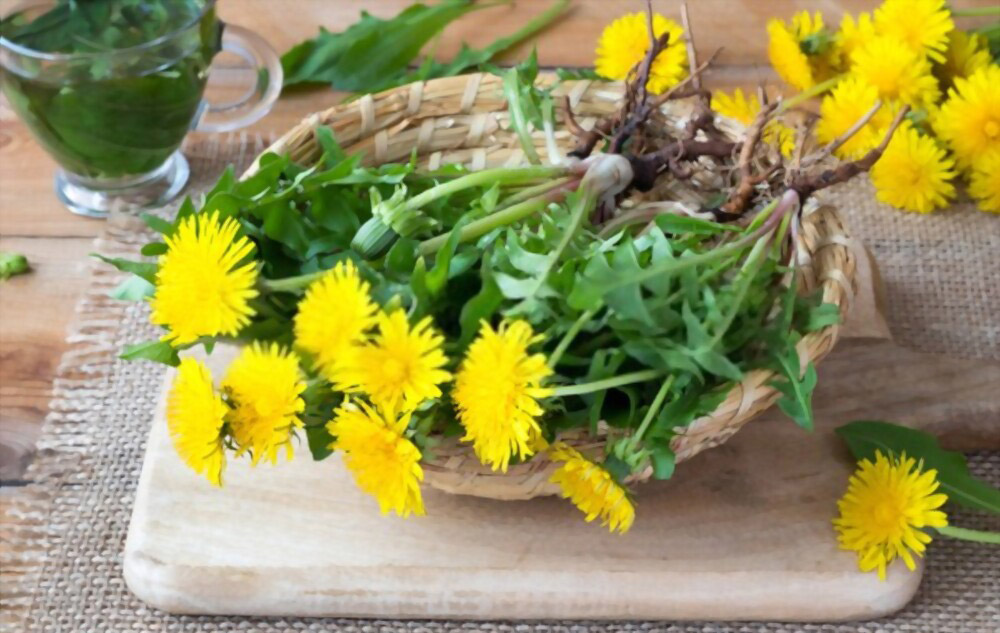 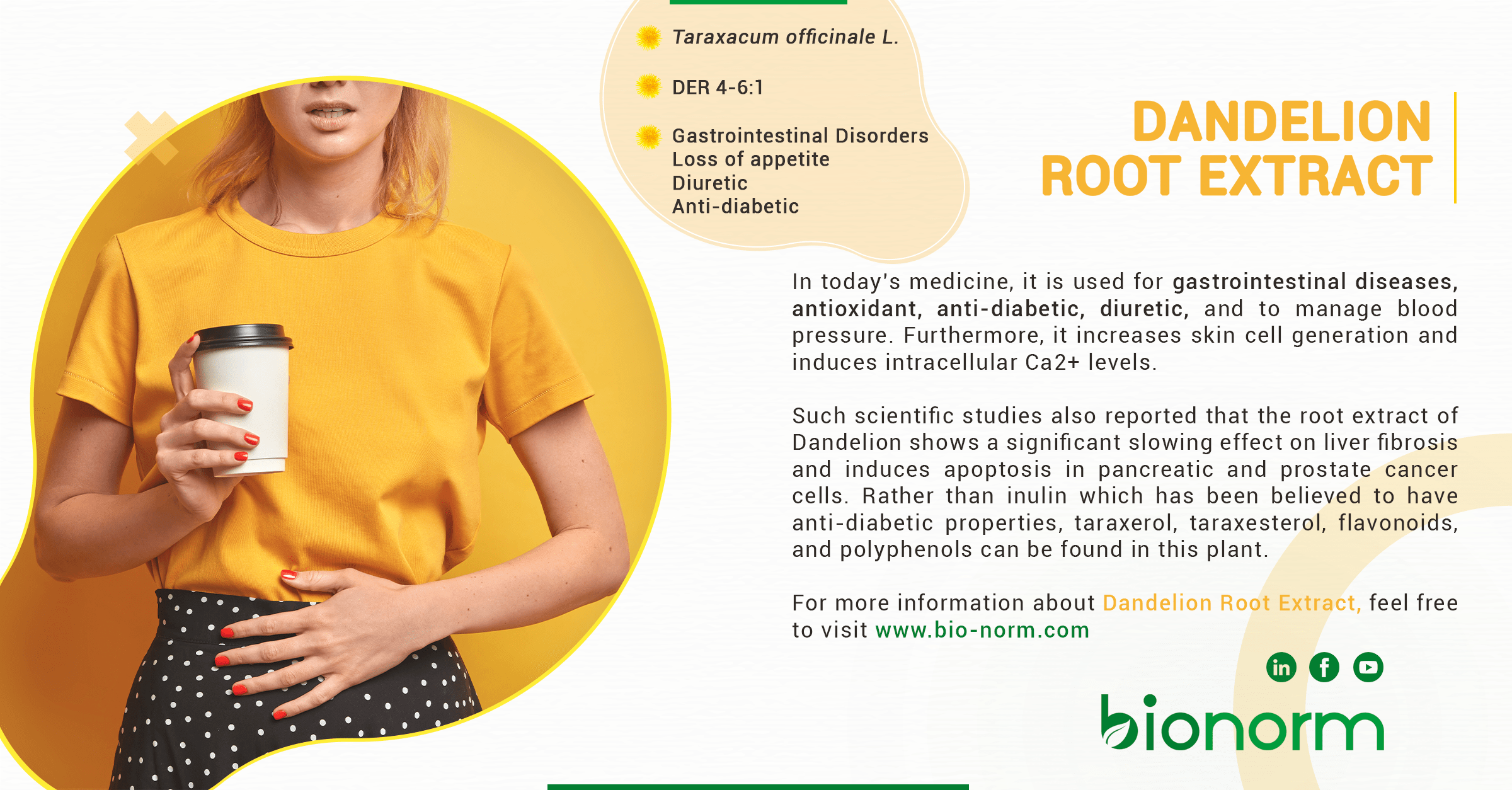 Dandelion, also known as Taraxacum officinale, is a perennial flowering plant belonging to the Asteraceae family and can be found worldwide. It grows up to 0.5 meters tall at a fast rate. Many people do not like dandelions due to being invasive. Its yellow flowers bloom in early summer generally which are noted for attracting wildlife. The Dandelion can be grown very easily in most soils, but normally, it prefers well-drained humus-rich soils under full sun or light shade. It is also known as a deep-rooting plant, roots up to 1 meter long to bring up nutrients from lower levels.

The medicinal usage of Dandelion roots dates back to ancient Chinese medicine. It was used as a tonic to remove toxins from the bloodstream, also acting as a diuretic to improve the function of the digestive system. Also, ancient physicians have found out that using Dandelion helped cure some health problems such as kidney, stomach and liver disorders, dandruff, fevers, and diabetes. A study aiming to assess the effect of Taraxacum officinale on gastric emptying and smooth muscle motility in rodents have found a significant effect on the increase in the rates of stomach contractions and emptying of stomach contents into the small intestine of the rodents that were given dandelion extract. (1)  This could be due to the inulin molecule, a prebiotic fibre source rich in the dandelion root. The inulin’s effect in improving bowel function in patients with chronic constipation was assessed in a study published in 2014. The results showed that stool frequency was significantly increased based on the inulin levels, which means this molecule found in the dandelion root positively affects bowel function. (2)  Furthermore, the roots of dandelion were used to improve appetite. The bitter constituents in the roots of dandelion increase bile flow and this situation cause an improvement in the appetite. (3) To conclude, Dandelion root extract has been reported to show a significant slowing effect on liver fibrosis and inducing apoptosis in pancreatic and prostate cancer cells, improving the appetite in scientific studies. Furthermore, it helps relieve gastrointestinal diseases, increases skin cell generation, induces intracellular Ca2+ levels and can be used as a diuretic.

Dandelion root extract (Taraxacum root extract) contains inulin which has been believed to have many medicinal properties such as anti-diabetic, digestive health improving, dietary fibre and weight loss aid. Furthermore, polyphenols, total flavonoids, carotenoids tocopherols, L-ascorbic acid, thiamine, riboflavin, niacin sesquiterpene lactones, taraxasterol, and taraxerol, are found as the content of this plant. Bionorm tracks all processes from farm to the end product with its expert team to produce high-quality Dandelion Root Extract. To have more information about the Taraxacum Root (Dandelion Root) extract of Bionorm, feel free to visit https://bio-norm.com/product/dandelion-root-extract/.