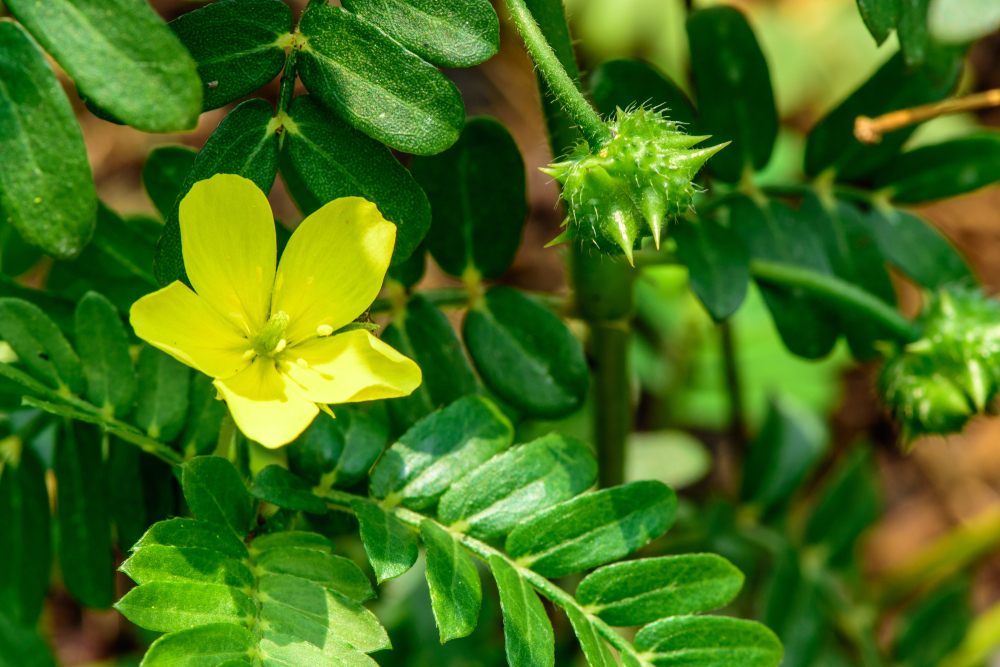 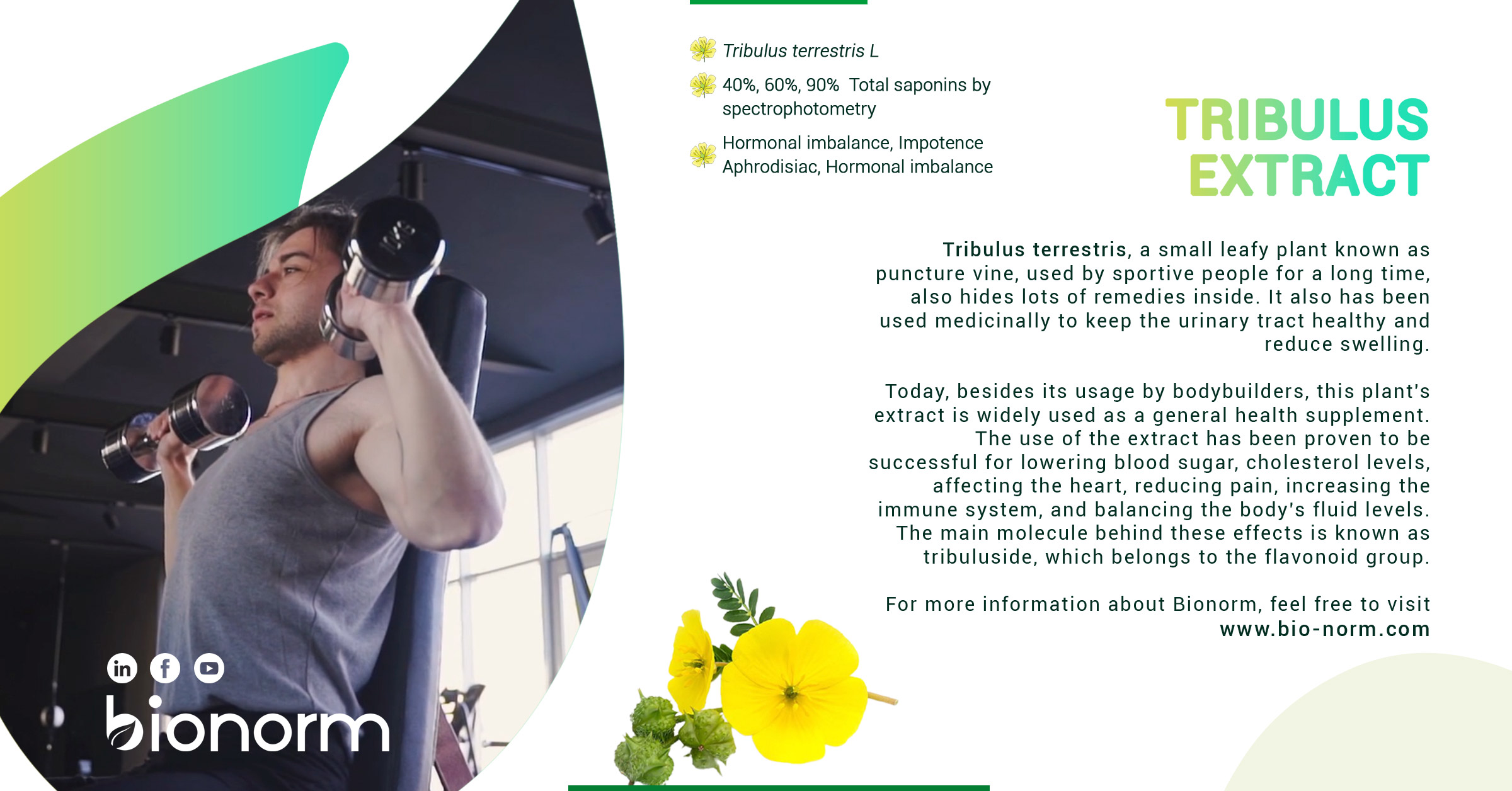 Tribulus terrestris, a small leafy plant that is also known as puncture vine and belongs to the Zygophyllaceae family. They can be found in the Mediterranean region as natives and can be grown in Europe, Asia, Africa, and the United States. Generally, Tribulus terrestris plant stems radiate up to 1m, and its densely hairy leaflets grow up to 3mm long. Its flowers which have lemon yellow petals reach up to 4-10mm wide. After the blooming of its flowers, the Tribulus terrestris plant develops fruits that easily fall apart into five burs which are hard and have sharp spines.

In history, Tribulus terrestris has been used for various potential effects, such as keeping the urinary tract healthy and reducing swelling. In today’s medicine, it is known for its therapeutic properties for impotence, hormonal imbalance, heart problems, sexual difficulties, kidney and skin problems.

Saponins are known to be an important group in medicinal chemistry and tribulus extract contains steroidal saponins such as prototribestin, dioscin and protodioscin inside which has important effects. Also, Tribulus terrestris contains flavonoids (tribuluside, kaempferol, astragalin, and rutin), alkaloids, lignan amides (tribubulusamides A, B, and C), cinnamic acid amides, and sterols inside. The mature Tribulus plants are collected carefully by Bionorm to produce this high-quality extract. For more information about Bionorm’s high-quality Tribulus extract, check out https://bio-norm.com/product/tribulus-extract/.