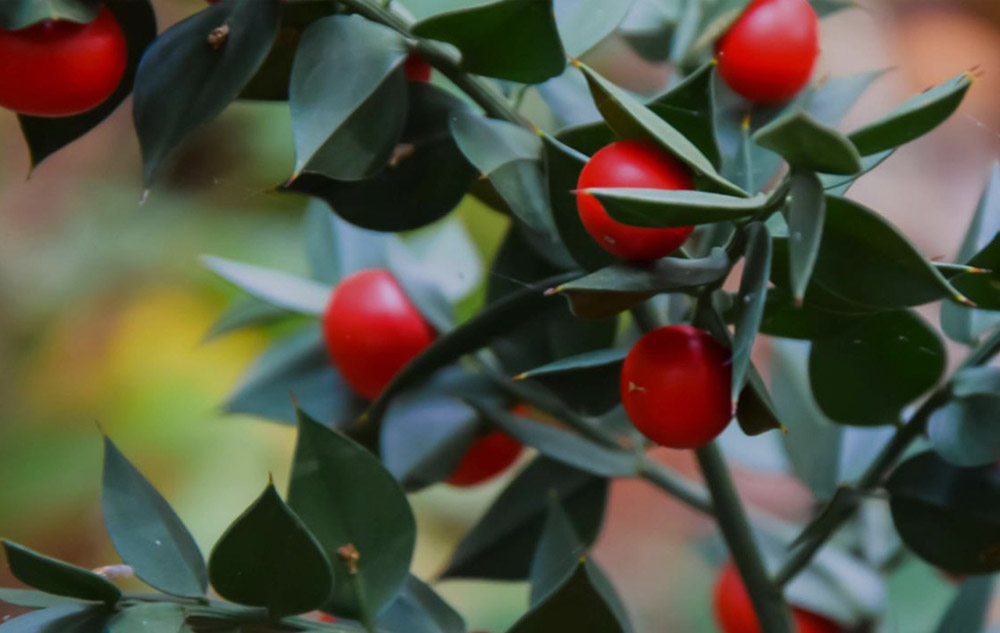 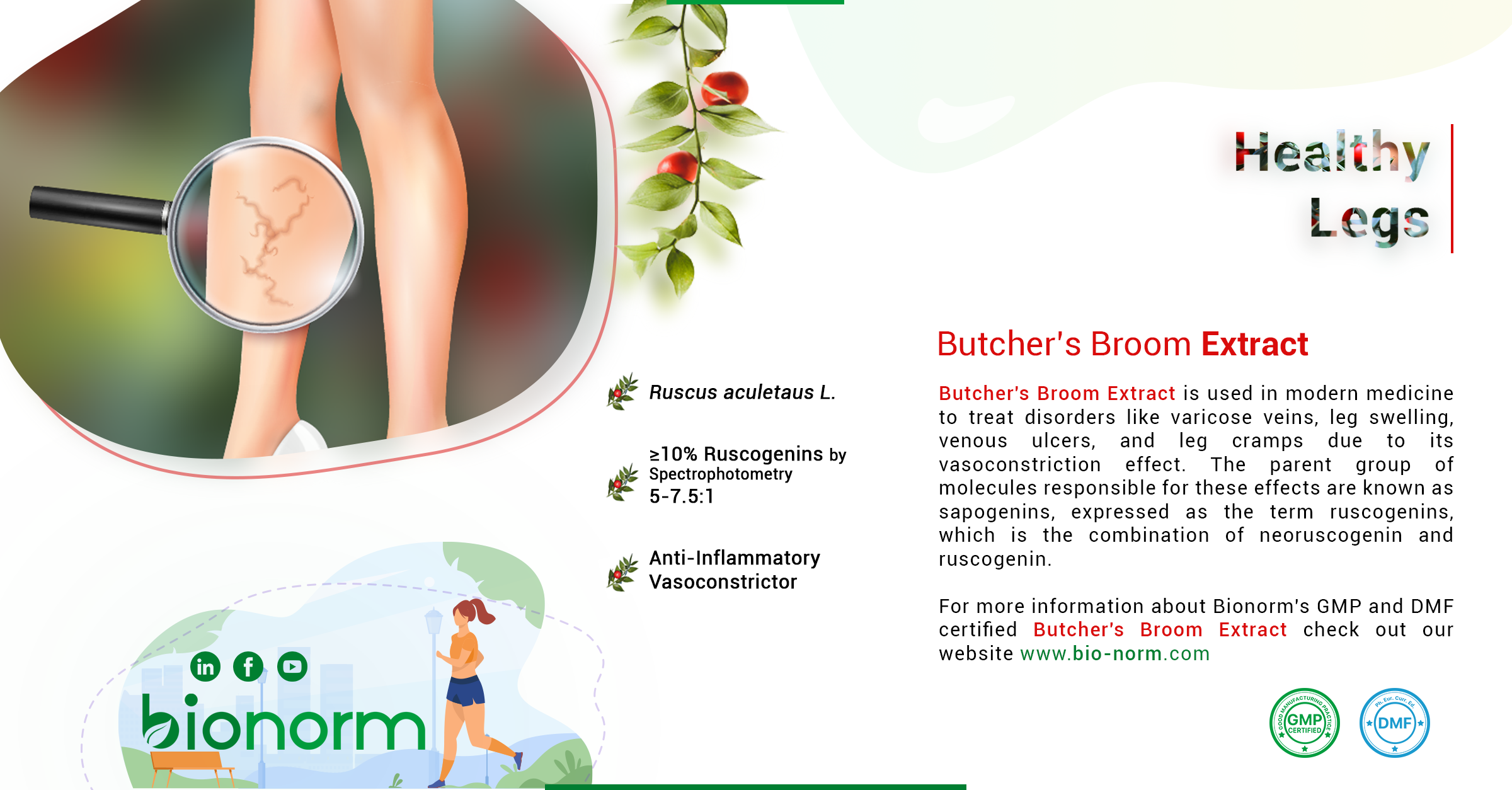 Butcher’s Broom has been used for its medicinal effects for thousands of years. In the old times, its rhizomes have been used as a diuretic. In ancient Greece, it was believed that mixing this plant with wine removes kidney stones. Besides this, Butcher’s Broom has also been used in the recovery of fractures and to reduce swelling. It was first monographed by a German Commission as an edema protectant herbal plant. In today’s medicine, the preparations of Butcher’s Broom extract are used to treat complaints from chronic venous insufficiency, hemorrhoids, the heaviness of legs, leg cramps, swelling of the legs, the sensation of pain, itching, and burning.

The studies about Butcher Broom Extract on its own is limited in the literature. In contrast, Butcher’s Broom Extract’s efficacy against chronic venous insufficiency, leg pain, heaviness, and swelling has been shown in some clinical studies. In a study of 2017 efficacy of Ruscus aculeatus extract against complications was observed over 10 previously published studies, which were examined the usage on people that are suffering from chronic venous disorders. This study published in International Angiology. As a result, the ones who were administered Ruscus aculeatus extract shown an improvement medicinal effect on heaviness, leg pain, and leg swelling, as well as other symptoms compared to the placebo group. (1) In another study published in 2002 in the Arzneimittelforschung Drug Research, Butcher’s Broom preparations’ safety and efficacy were tested on patients suffering from chronic venous insufficiency. In this study, 148 patients have selected and divided into two groups: placebo and the Ruscus group. All the participants were suffering from chronic venous insufficiency, and the study continued for 12 weeks. At the end of the study, the Ruscus group participants have shown significantly greater improvements in several symptoms such as leg tiredness, heaviness, and tension compared to the placebo group. (2) In another article, Butcher’s Broom studies were reviewed for the efficacy against hemorrhoids. It was said that it is reasonable to use Butcher’s Broom as an internal treatment for hemorrhoids depending on its long, historical use and treating physicians’ observations. (3) To conclude, Butcher’s Broom (Ruscus aculeatus) extract can be used as an herbal remedy for chronic venous insufficiency, leg pain, hemorrhoids, swelling of the legs, and cramps.

The characteristic constituents of Butcher’s Broom (Ruscus aculeatus) extract are steroidal saponins based upon ruscogenin and neoruscogenin, such as ruscoside, ruscin, deglucoruscoside, and deglucoruscin. Minor constituents include flavonoids, anthraquinones, benzofurans, the coumarin esculin, essential oil (mainly monoterpenes), and sterols. The main contents known as Ruscogenins are believed to be responsible for Butcher’s Broom’s medicinal effects. The term Ruscogenins refers to molecules neoruscogenin and ruscogenin. Bionorm’s Butcher’s Broom extract contains more than 9% of Ruscogenins. The mature Ruscus aculeatus plants are collected carefully by Bionorm to produce this high-quality extract. Furthermore, this extract is GMP certified and ASMF documented. For more information about Bionorm’s GMP and DMF certified Butcher’s Broom extract check out https://bio-norm.com/product/butchers-broom-extract/.