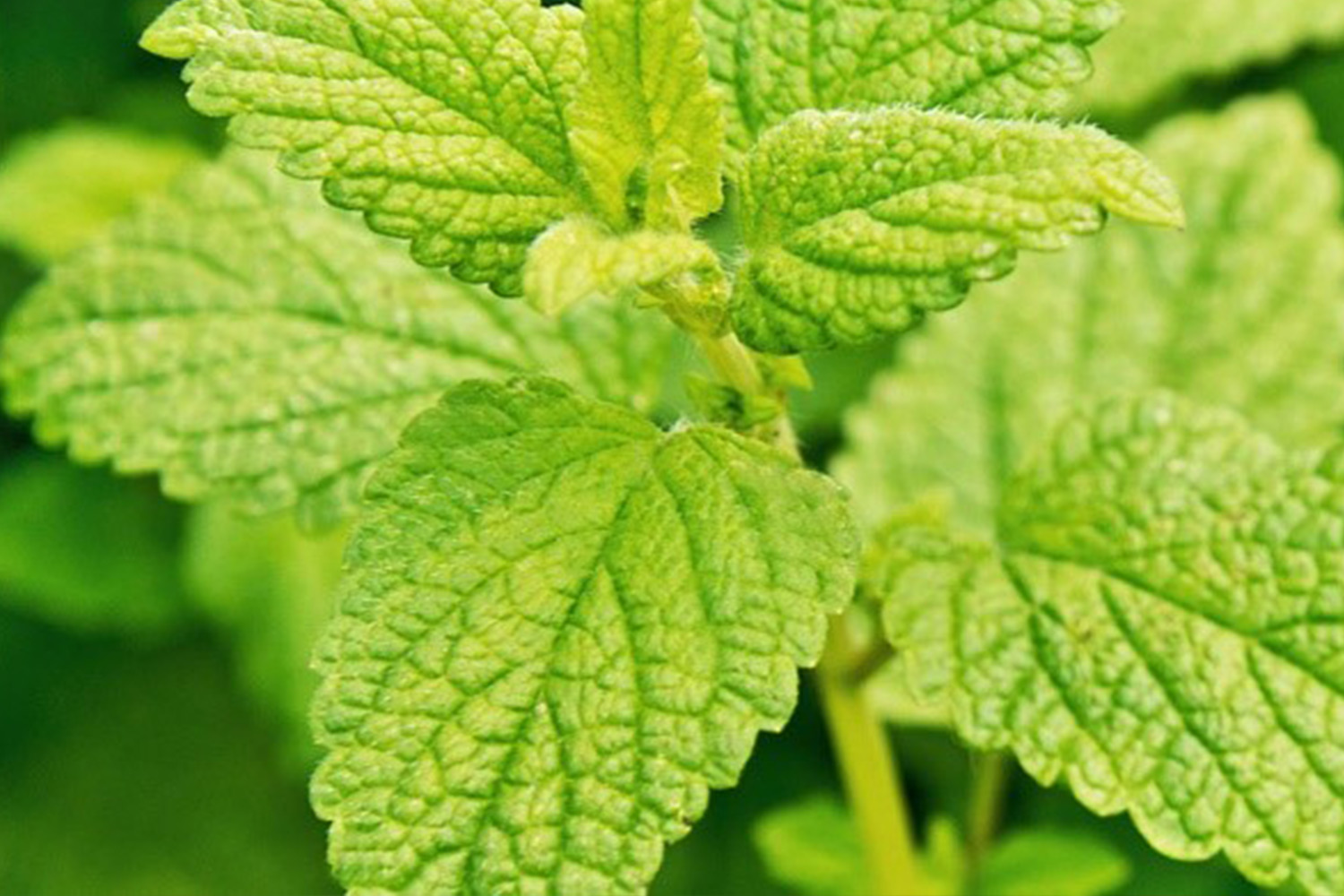 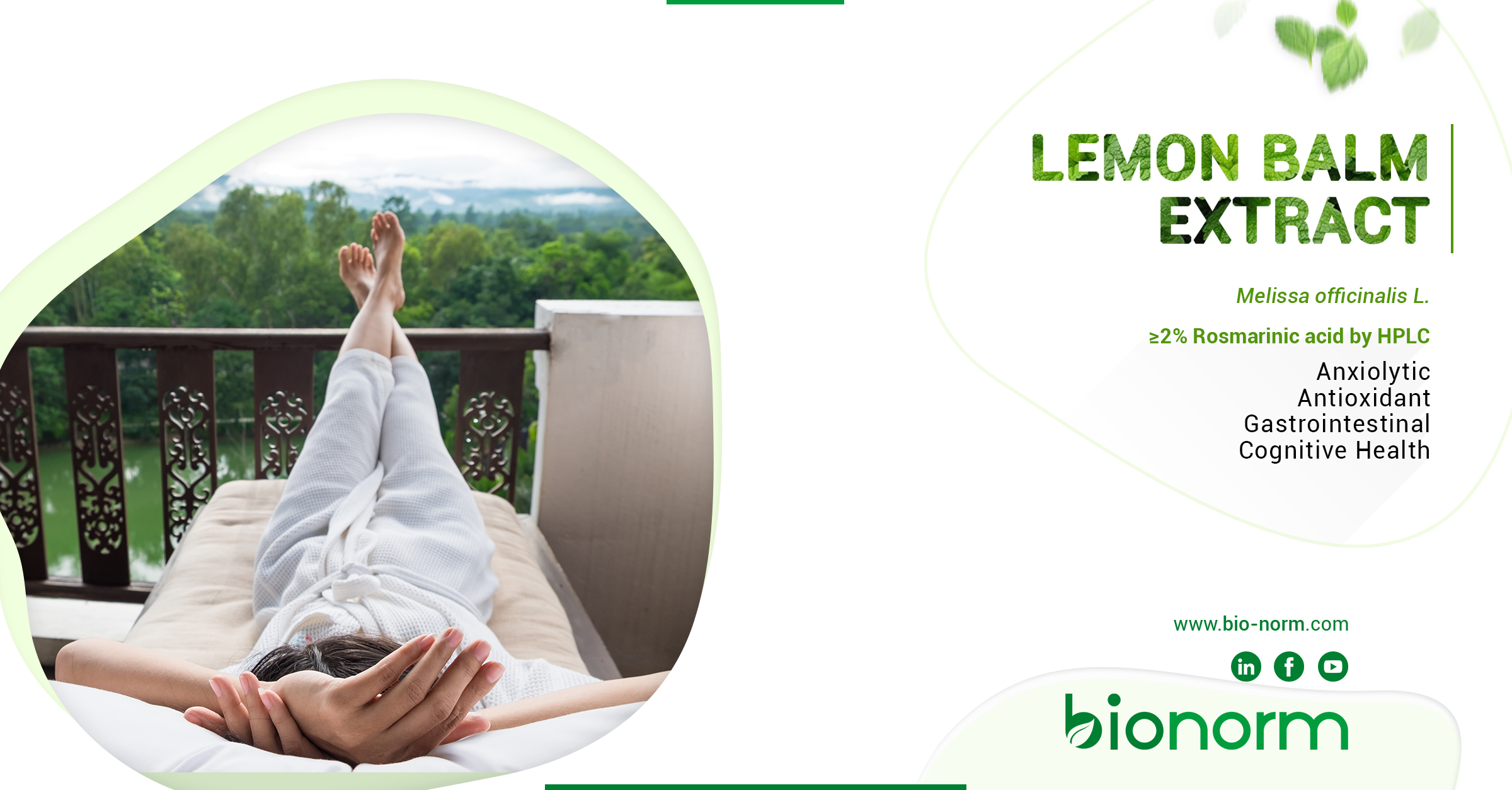 Melissa officinalis (lemon balm) belongs to a family called the mint family known as Lamiaceae. It is a perennial herb with white flowers, grows as a bushy, leafy herb, and smells like a lemon. Lemon balm acts as an invasive plant and can take over a great place due to its seeds. To prevent this invasive act, the flowers should be removed as soon as they appear. Melissa officinalis grows up to 50cm to 80cm and has a four-edged branched stalk. Its opposed leaves have an irregular crenate or serrate edge. Lemon balm’s flowers are white, grows from the leaf axils and have a 1cm size approximately. Its flowers can be seen from June to September. Melissa officinalis is native to the Mediterranean region, also to Western Asia, and its popular cultivation plant in Europe. Its wild type can be found in sunny locations with the height up to 1000metres. The lemon balm extract is produced from this plant.

Melissa officinalis (lemon balm) has been used traditionally for its mood uplifting, cognitive function improvement, sedative, fever-reducing, antibacterial, and spasmolytic effects. (1) Melissa officinalis L., leaf has been used in Europe internally as a mild sedative and to relieve minor gastrointestinal complaints for a very long time. Lemon balm extract uses treatment of amenorrhoea, asthma, bee stings, coughs, dizziness, dysmenorrhoea, migraine headaches, tachycardia, toothache, tracheobronchitis and urinary incontinence in folk medicine. Traditional herbal medicinal product (Melissa officinalis extract or Lemon balm extract) for the relief of mild symptoms of mental stress and to aid sleep. The traditional usage of this herb made its way to reach clinical studies. In a study made in 2004, it has been shown that lemon balm extract mitigated the effects of stress. In that study, 18 healthy participants had received separate single doses of 300mg, 600mg of lemon balm extract, and placebo, where 7 days have waited for washout after the doses were taken. The participants’ moods were assessed before the dose and after 1 hour the dose given, with Defined Intensity Stressor Simulation. As a result, it has been seen that the participants’ negative mood effects were reduced after the 600mg dose was given. (2) In another study made in 2014, volunteers were made cognitive tasks. The tasks were involving mental arithmetic, stroop, memory search, and psychomotor tracking. One group of volunteers were given lemon balm extract mixed with food, and others were given the placebo. It has been found that the group that has taken the food mixed with lemon balm extract was scored better in tasks. This result is showing that lemon balm extract may boost cognitive function. Also, in the same study anti-anxiety effect of lemon balm extract has been shown.  (3)  Moreover, to these effects, when compared to other medicinal herbs, Melissa officinalis is easier to grow and cheaper to cultivate.